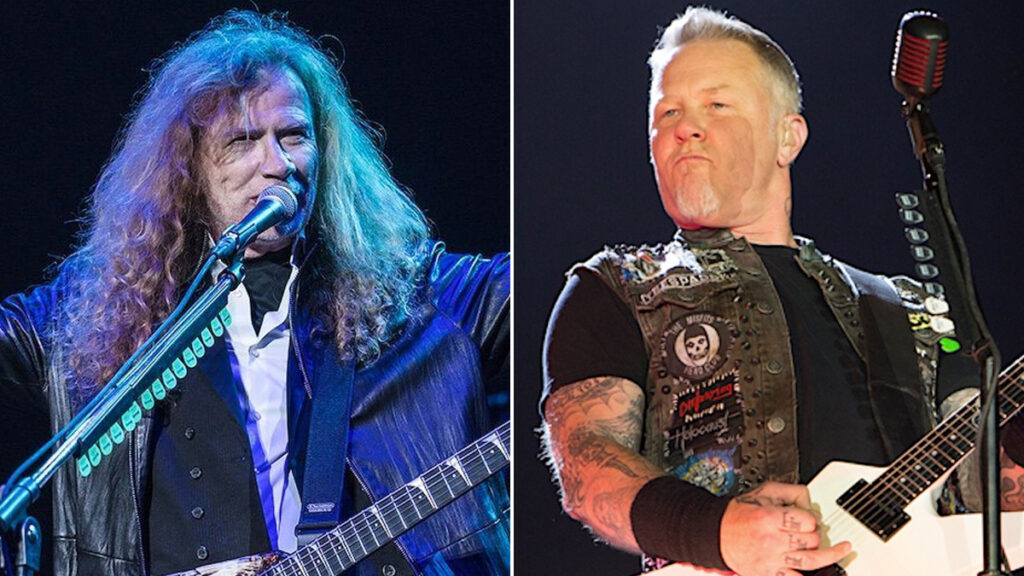 It’s a bit of a bombshell from Mustaine, who’s previously expressed scorn and grief after being ousted from Metallica in the band’s formative years. Not only did Mustaine state his desire to collaborate with his old bandmate, but he’s confident it will happen in the future.

“I have been secretly hoping there’d be a day where James and I can write together again,” Mustaine told VWMusic. “I think the world really does want us to do that, and I think there is a pretty good possibility of it happening down the line.”

He continued: “I do think that it’s possible that one day James is going to come around and that he and I are going to be able to do something together again. I guess that’s one of the things that has always kept me pushing forward. I think it’d be good for Megadeth, and it could be great for Metallica, too.”

The closest Mustaine and Hetfield have come to collaborating since the former’s 1983 ouster from Metallica was when Mustaine joined Metallica onstage for their 30th anniversary concert in 2011. Original bassist Ron McGovney also made an appearance as the group ran through “Phantom Lord” from Kill ‘Em All — an album Mustaine helped pen, despite not playing on. Megadeth also joined Metallica, Slayer and Anthrax on a series of “Big 4” shows more than a decade ago.

Meanwhile, Mustaine and Megadeth are currently on a US tour in support of their new album The Sick, the Dying… And the Dead!. The outing, headlined by Five Finger Death Punch, is on the home stretch and continues tonight (September 30th) in Tinley Park, Illinois, and wraps up on October 15th in Salt Lake City. You can buy tickets via Ticketmaster.