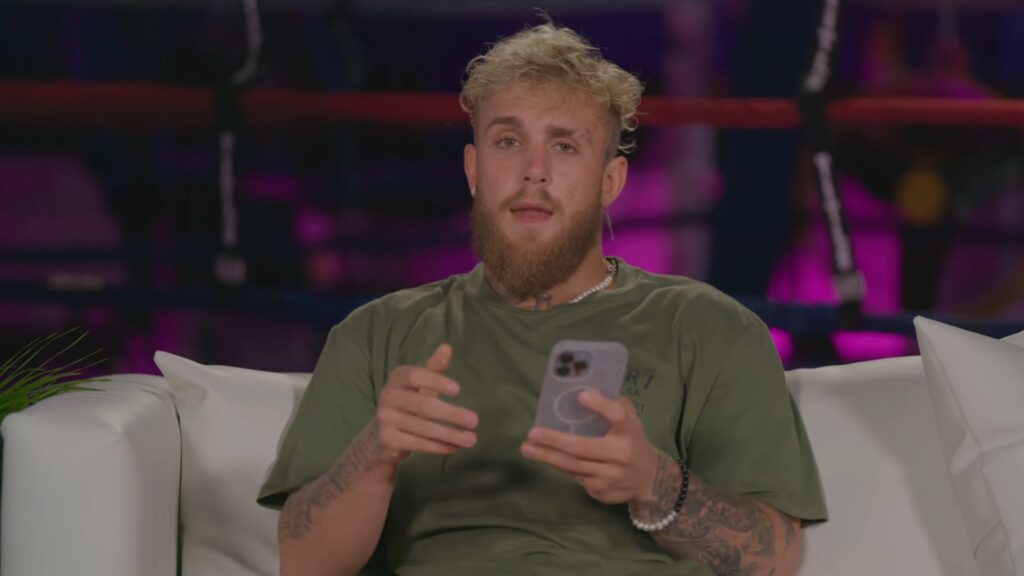 Jake Paul says that his long-awaited fight with Tommy Fury could finally be set to happen in early 2023, and he’s even planning to travel to the UK for it.

Over the last few years, Jake Paul and Tommy Fury have their rivalry to new levels as they’ve tried to turn their constant trash talk into an actual fight.

The pair have been scheduled to fight on two separate occasions – once at the end of 2021, and another in August of 2022 – but problems on Tommy’s end have meant that they’ve not fought to this point.

Even though Jake is set to fight Anderson Silva in October, he’s still eager to fight his long-time rival and finally settle their beef. And, after recent talks via FaceTime, it is apparently being planned to make the fight happen in 2023.

Jake Paul open to fighting Tommy Fury in the UK

The ‘Problem Child’ spoke about his and Tommy’s rivalry during episode 8 of the BS with Jake Paul Show as he was joined by Tyron Woodley this time around.

“Speaking of Brits, I had a call with Tommy Fury. They’re saying we’re going to fight in February,” Jake told his co-hosts. “I think he actually can’t leave… he can’t come into the United States, so, if I fight him, in the UK.”

Jake’s co-hosts noted that Tommy has pulled out at the “last minute” on both occasions before, and questioned if he’d do the same for the third time. “I think parts of it are shady, I don’t think we’re getting the full truth and everything, but regardless, it’s a great matchup and I really want to knock him out,” Jake responded.

As noted, Jake has repeatedly spoken about wanting to make the fight happen, with Tommy even allowing him to pick the location where it happens.

It remains to be seen if they’ll actually square off, especially if Jake loses his upcoming fight. So, we’ll just have to wait and see how things shake out.