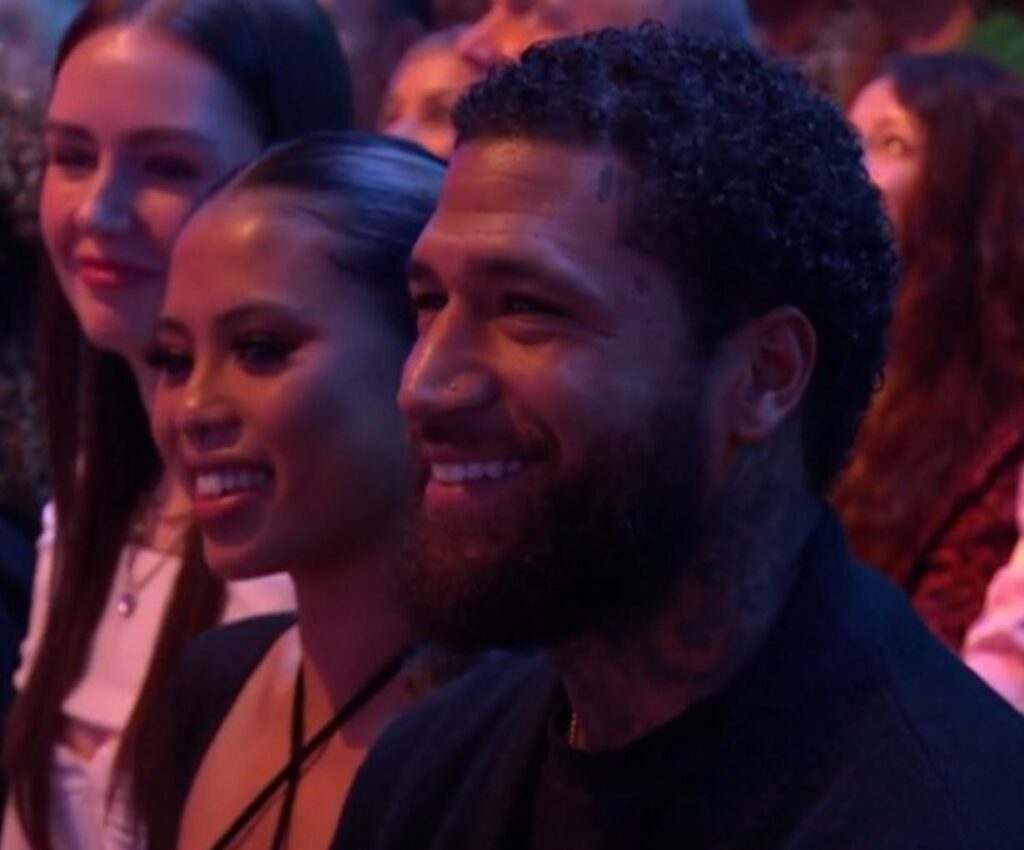 The star’s sibling, Billy, finally made it to watch her in the audience – leaving those watching at home delighted.

“Petition to get Molly’s brother on strictly  #Strictly,” said a second.

After finding herself in the dance-off again last week, Molly performed the tango to Bad Guy by Billie Eilish with professional partner Carlos Gu.

Judge Craig Revel Horwood said: “I loved the amount of aggression in that, I thought it was absolutely fantastic.”

Motsi Mabuse added: “This is the Molly who is attacking and who we want to see, well done girl.”

The 22-year-old presenter and singer earnt a score of 35 points for her performance.

Molly, whose dad is former footballer Dave Rainford, who now works for the Premier League,  appeared on Britain’s Got Talent at the age of 22 in 2012, finishing in sixth place overall.

In the process she impressed the judges so much that Simon Cowell paid for her to go to Sylvia Young Theatre School on a scholarship.

She is now best known for playing the title role in Nova Jones on CBBC.