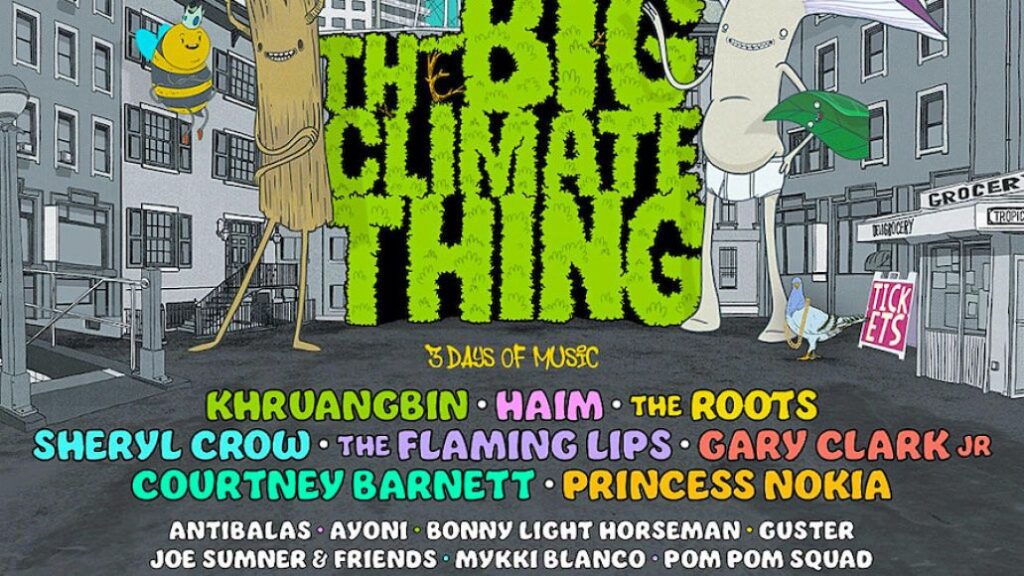 The Big Climate Thing Festival is the, uh, next big thing in New York’s live music scene. The Roots, HAIM, and Sheryl Crow are slated to perform at the inaugural three-day event this September 16th-18th at Forest Hills Stadium in Queens.

“The purpose of the event is to serve as a unified call to action for artists, fans and the music industry itself,” a representative for Climate Control Projects told Pitchfork. “The event is focused on creating an inclusive community that centres a message of climate justice. By that we mean, those least responsible for causing climate change are paying the highest price of its catastrophic effects, and that climate change exacerbates existing inequities such as income inequality, housing and food insecurity, systemic racism, and gender inequality. We also focus on progress rather than perfection with encouragement to our audience to just take the first step without worrying about getting everything 100% right on the first day.”

“I believe that music is one of the most powerful communication tools we have on this planet, way deeper than just words could ever express,” Sunflower Bean’s Julia Cumming told Rolling Stone in a statement. “Music has to power to influence people’s decisions by touching their hearts and relating to them on the human condition. We are all facing the same problem: this is all our home and it happens to be on fire. If we can figure out how to properly utilize music in this era of the climate crisis, I know more good could be done.” See the full lineup poster below.

Pre-sale for The Big Climate Thing Festival begins tomorrow, June 28th, with general on-sale following on Thursday, June 30th at 10:00 a.m. ET. Head over to the fest’s website to be notified about pre-sale information.