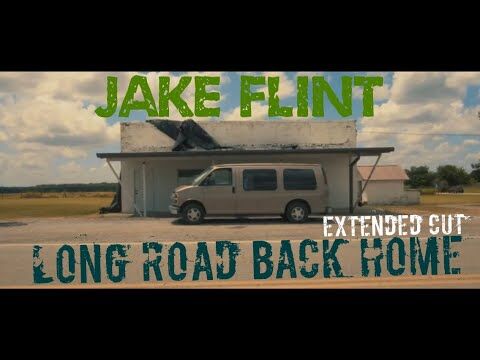 Country musician Jake Flint, who was considered “an ambassador for Oklahoma Red Dirt music,” died Saturday, hours after his wedding. He was 37.

The “Cowtown” and “Long Road Back Home” singer-songwriter died in his sleep, according to his longtime publicist Clif Doyal, who confirmed the death to The Times on Tuesday. The cause of death has not yet been determined.

“He was not only a client, he was a dear friend and just a super nice guy. As you can see from the outpouring on social media, he was loved by everybody. I think a lot of it was just that he was a people person, and he had an amazing sense of humor. He made everybody laugh, and he made everybody feel welcome,” Doyal told the Oklahoman.

“We should be going through wedding photos but instead I have to pick out clothes to bury my husband in,” Brenda Flint wrote Monday on Facebook. “People aren’t meant to feel this much pain. My heart is gone and I just really need him to come back. I can’t take much more. I need him here.”

She also shared candid footage of them taking their wedding portraits, with Flint dancing for the cameras.

The Oklahoman reported that Flint and his wife Brenda wed in the rain on Saturday at a remote homestead between Claremore and Owasso in Oklahoma. Guests told the newspaper that footage from the wedding showed him serenading his new bride with an acoustic guitar.

Flint’s manager Brenda Cline, who announced the death Sunday on Facebook, shared a photo of her and Flint when they first signed their artist management contract and added that “you can’t comment on what you can’t process.”

“That was the beginning of a wonderful friendship and partnership. Jake was even more than that to me, I loved him much like a son. The funniest, most hilarious, hardest working, dedicated artist I have ever worked with in my career. We were just about to embark on some business together after he and Brenda got married- which was yesterday. Yes-yesterday,” she wrote. “Jake has a million friends and I’m not sure how everyone will cope with this tragic loss. We need prayers- it’s all so surreal. Please please pray for his new wife Brenda, Jake’s precious mother, his sister and the rest of his family and friends. This is going to be incredibly difficult for so many. We love you Jake and in our hearts forever.”

The Tulsa, Okla.-based artist grew up in the oilfield boomtown of Holdenville. The “What’s Your Name” singer started playing music after his father, a wildcat oilman, was diagnosed with ALS and commissioned friends to teach his son to play guitar since they wouldn’t be able to participate in sports together. He also took him to regional bluegrass festivals.

Flint, who played with a band and also as a solo acoustic musician, recorded his first album “I’m Not OK” in 2016 and followed it with three more: 2018’s “Live and Not OK at Cain’s Ballroom,” 2020’s self-titled studio album “Jake Flint” and 2021’s “Live and Socially Distanced at Mercury Lounge.” He played venues throughout Oklahoma, Texas and surrounding states, as well as a number of festivals.