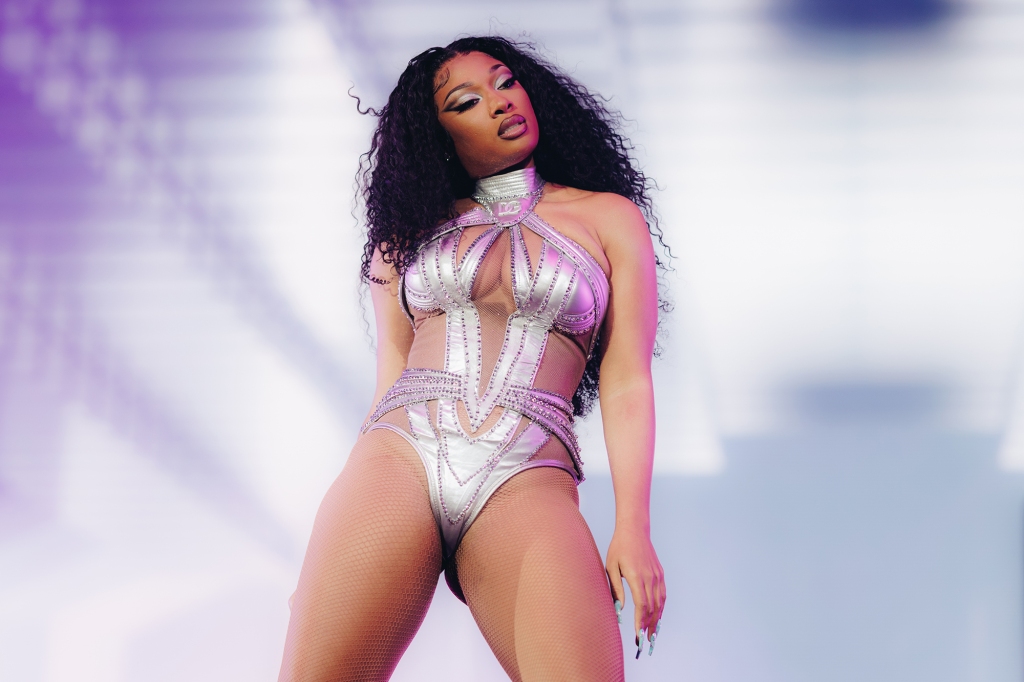 From Lizzo to Beyoncé, it’s been another hot girl summer in pop. Now Megan Thee Stallion joins the twerktastic party with “Traumazine,” her surprise second album that she announced last Thursday, just hours before dropping it on Friday morning.

Here, we break down the six hottest tracks on the Grammy-winning rapper’s follow-up to 2020’s “Good News.”

There’s a brash braggadocio that comes with being a rapper of any gender, but it’s empowering to hear a female who is not ready to play nice in a male-dominated field. “I’m done with being humble/‘Cause I know that I’m that bitch,” Megan spits, cutting through a spacey groove with a razor-sharp delivery.

When you set the bar as high for female rap collabs as Megan did with Cardi B on their 2020 smash “WAP,” it’s a hard act to follow. But this Latto joint is a winner, as these two money-hungry MCs are out to get paid on a scale at least equal to their male counterparts: “Without that money, I don’t budge/What’s the budget?”

“I don’t care if these bitches don’t like me/’Cause, like, I’m pretty as f—k,” Megan says with a perfectly tossed hair flip at the beginning of this hater-bashing, self-loving jam that brings to mind a more lascivious Lizzo.

Megan is at her raunchiest on this stripper-pole banger that is as raw as it gets. “I want you to dog this cat out … Stand up in that p—-y,” she commands her man to attention.

You may not think of romantic slow jams when it comes to Megan Thee Stallion, but this Jhené Aiko-assisted joint shows that even nasty girls need your commitment to “throw it back” on the regular.