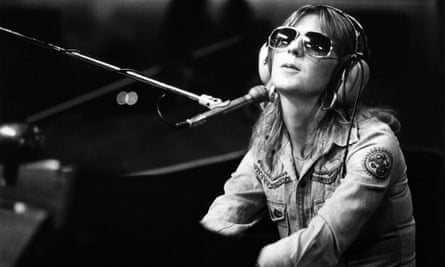 Fleetwood Mac’s Christine McVie has died at the age of 79, her family has said.

A statement on Facebook said: “On behalf of Christine McVie’s family, it is with a heavy heart we are informing you of Christine’s death.

“She passed away peacefully at hospital this morning, Wednesday, November 30th 2022, following a short illness. She was in the company of her family. We kindly ask that you respect the family’s privacy at this extremely painful time and we would like everyone to keep Christine in their hearts and remember the life of an incredible human being, and revered musician who was loved universally. RIP Christine McVie.”

The British-American rock band, founded in London in 1967, sold more than 100million records worldwide, making them one of the most successful groups ever.

Their best-known songs include Dreams, Go Your Own Way and Everywhere.

The band paid tribute to the singer-songwriter McVie in a statement on Wednesday night following news of her death. “There are no words to describe our sadness at the passing of Christine McVie. She was truly one-of-a-kind, special and talented beyond measure.

“We were so lucky to have a life with her. Individually and together, we cherished Christine deeply and are thankful for the amazing memories we have. She will be so very missed.”

Despite its tumultuous history, Fleetwood Mac became one of the best-known rock bands of the 1970s and 80s, comprising Mick Fleetwood, Christine and John McVie, as well as Lindsey Buckingham and Stevie Nicks.

Rumours, released in 1977, became one of the best-selling albums of all time and included hits such as Second Hand News and You Make Loving Fun. In addition to several multi-platinum tracks, the record sold more than 40 million copies worldwide. Speaking of that particular period, McVie said “we were having a blast and it felt incredible to us that we were writing those songs”.

Tributes have started to pour in online from within the industry. The official Twitter account for the band Garbage tweeted: “Gutted to learn about the passing of Christine McVie. Just gutted. Songbird forever.” Musician Tim Burgess also tweeted: “ah man, farewell Christine McVie”.